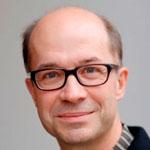 Urban social spaces – dreams and expressions of society – Siegfried Kracauer: “Spatial images are the dreams of society. Wherever the hieroglyphics of any spatial image are deciphered, there the basis of social reality presents itself.” This program for a critical analysis of social spaces was outlined by German cultural critic Siegfried Kracauer (1889–1966) in his essay “On Employment Agencies” from the early 1930s (transl. published in Neil Leach [ed.], Rethinking Architecture: A Reader in Cultural Theory [London: Routledge, 1997]). The idea of spatial analysis as a source for social understanding is still valid and should be adapted to present realities in city and society. A comparative analysis of, for instance, employment agencies in two or more of our 4Cities would allow for theoretical and empirical discussions with Kracauer and other critical urban sociologists. Other social spaces could be analyzed as well. On Kracauer’s urban analysis, see Henrik Reeh, Ornaments of the Metropolis: Siegfried Kracauer and Modern Urban Culture (Cambridge, Mass.: The MIT Press, 2006)

Moving in the City – perceiving urban space: On optical and tactical reception: Human perception of urban and architectural spaces is usually considered in terms of visuality. But seeing and looking is just one aspect of spatial perception. In his ground–breaking essay on “The Work of Art in the Age of its Technical Reproducibility”, German philosopher and cultural historian Walter Benjamin (1892–1940) points out that the reception of architecture and urban space also involves a tactile or tactical dimension, which, however, tends to escape representation. How should one represent the non–visual elements of spatial experiences? Apart from being a basic theoretical issue, this question forms a radical challenge in contemporary urban and cultural studies which are increasingly pervaded by visual media such as digital photography, whereas the bodily and non–visual experiences remain in the background. In order to rebalance and rethink the relation between optical and tactical approaches to urban space, it is vital to explore the fundamental forms of movement in an urban environment: walking, biking, driving, flying… Space is not the same when you walk as when you ride your bicycle, take the bus or the metro, the car or the train. In this way, the multiple layers and aspects of urban space may be addressed, as well as criteria for assessing the social and aesthetic qualities of a city may be defined anew – to the benefit of urban culture and improvisation. Brussels, Vienna, Copenhagen and Madrid are there to provide precise urban spaces and movements for analysis and comparison.

Literature and micro–sociology of urban domesticity: French writer Georges Perec (1936–1982) wrote a 700 page novel, Life: A User’s Manual (La vie Mode d’emploi [1978]) as a puzzle on the inner life of an apartment building in Paris. Apart from indicating new perspectives to contemporary literature, Perec also demonstrated how literature may serve the cause of a sociological and human understanding of the life that takes place behind the façades of a metropolis. All sorts of private and semi–private but also semi–public spaces are addressed and translated into a myriad of stories which form part of a new unity, recalling that of the apartment building. Perec’s novel provides an original approach to aspects of urban culture which are rarely taken into account by urban studies. In this way, his book outlines ways in which the dialog between private and public spaces, i.e. between private and public life, may be taken into account by scholars in urban studies – scholars who are not literary writers but who, nonetheless, could learn from artistic and other qualitative approaches to the heterogeneous urbanity of modern times.

Art, ethnology, urban culture: Sophie Calle: French contemporary artist Sophie Calle (b. 1953) is operating like a detective in the city. She doesn’t track criminals but obscure habits of ordinary citizens, hidden aspects of urban civilization and strange human relations in the city. In this way she also becomes an ethnologist which may inspire non–artistic explorations of urban environments and social contrasts. A point of departure is to be found, for instance, in Calle’s two books involving Venice: Suite vénitienne and The Hotel, both of which exist in English translations. Apart from situating these works in the context of contemporary art, a Master’s thesis provides the occasion for transposing and rethinking Calle’s methods for the benefit of urban cultural analysis. In this way, artistic projects may prove useful for the interpretation of urban reality in new and revelatory ways.

Suburban places and mobilities: the hidden Metropolis: French writer, publisher and social critic François Maspéro (b. 1932) left Paris for a month in order to travel the suburban social landscapes between the Paris Airport Charles de Gaulle in Roissy and the French Capital itself. This experiment formed the basis of his 1990–book of observations and photographs, Les passagers du Roissy–Express (UK–translation: Roissy Express: A Journey Through the Paris Suburbs [London: Polity Press, 1994]) which provides a possible point of departure of a Master’s thesis on the relation between places and spaces, between nodes and flows in suburban regions surround the iconic cities of Brussels, Vienna, Copenhagen and Madrid. How may the everyday life of suburban citizens contribute to the representation of the contemporary metropolis? How may the symbolic frontier between the city centre and the anonymous suburban regions be overcome? A 2014–reinterpretation of Maspéro’s experiment, including discussions of sociological and literary methodologies, might contribute decisively to our understanding of citiscapes of the 21st century.

Migropolis – mapping the contemporary metropolis: Together with his students from the University of Venice, German philosopher and photographer Wolfgang Scheppe (b. 1955) recently published an extraordinary book on the other side of the city of Venice. Thus, a city of migration, of human work, of tourism as an economic condition of contemporary urban culture is revealed which challenges the traditional image of Venice. Migropolis / Venice: Atlas of a Global Situation (Ostfildern: Hatje Cantz, 2009) is a 1340–page inquiry into the global networks coming together in the particular context of Venice. The issues at stake as well as the methodologies developed are relevant to many scholars of contemporary urbanity. A Master’s thesis could deal with the theoretical and methodological foundations of Scheppe’s book and put them to a critical test in the context of other cities of migration: Brussels, Vienna, Copenhagen and Madrid. In this way, the city as an often invisible or ignored stage of migration may be mapped and represented in critical and inventive ways. 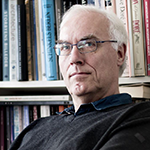 The literary café: A comparison of the Viennese Kaffeehaus-Literatur and the literature connected to the Copenhagen Café Bernina: The interplay between private life and public in the café; the café as the home of the flaneur or the urban stroller; the feuilleton as an urban genre; literary style as an expression of urban modes of perception; the general question of literary architecture.

The museum and the city: The birth of the modern urban museum took place in the beginning of the 19th century (British Museum in London, Altes Museum in Berlin, Thorvaldsens Museum in Copenhagen). The first museums were truly urban buildings, erected in the core of the old city. During the 20th century the process of suburbanization also influenced the location of museums (Louisiana). Since the turn of the millennium however museums – and the whole question of the city and collective memory – have created a new interest in the relation between the inner city and museums. And at the same time inter-urban competition has led to still more spectacular or iconic museum architecture (Bilbao). Thus, a close and comparative study of museums in one of our “four cities” or other European cities would offer a splendid opportunity to trace historical and contemporary trends in the relation between urban life and cultural heritage.

Transparency: With its use of glass and steel the Crystal Palace of the first world’s fair in London 1851 marked a break-through in modern architecture. In 1914 Paul Scheerbart and Bruno Taut wrote and built a manifesto for glass-architecture, and architects such as Walter Gropius, Le Corbusier and Mies van der Rohe made the glass of “curtain walls” into an everyday-experience. In contemporary architecture the use of glass has provoked an interesting discussion of transparency: some claim that transparency is an expression of a democratic society, others claim that transparency goes hand in hand with a society of surveillance – and others again claim that we are witnessing a total restructuring of our understanding and our experience of the relationship between public and private life. The study of transparency may be specified into the study of transparency in for instance: town hall architecture, schools or residential architecture.