The two-year journey of 4CITIES is divided into four semesters. All 4CITIES students spend the first semester in Brussels and the second in Vienna. Students in the Classical Track go to Copenhagen for the third semester and Madrid for the fourth. These cities were chosen as representatives of geographic regions within Europe as well as of particular approaches to governance, culture, planning, and society-making. Below you will find a brief introduction to each.

The destination cities for the third and fourth semesters for students in the Research and Practice Tracks are largely self-selected. 4CITIES maintains an ever-expanding network of partner institutions, organizations, and companies in cities across Europe. Research and Practice Track students are free to choose from one of them for their internship, or else to make arrangements beyond our network (pending approval). Courses totaling 25 ECTS must be completed at one of our academic partner universities, which are currently found in the following cities: Aalto, Barcelona, Berlin, Bern, Bordeaux, Brussels, Dublin, Esch-sur-Alzette, Hamburg, Lille, Maynooth, Milan, Oslo, Prague, Stockholm, Tampere, Tartu, Trondheim, Utrecht, Vienna, Warsaw, and Wroclaw.

50°51′N 4°21′E  >  1.2M residents  >  161.38 km2  >  since 979 CE
“Belgium’s fascinating capital, and the administrative capital of the EU, Brussels is historic yet hip, bureaucratic yet bizarre, self confident yet unshowy, and multicultural to its roots. All this plays out in a cityscape that swings from majestic to quirky to rundown and back again. Organic art nouveau facades face off against 1960s concrete developments, and regal 19th-century mansions contrast with the brutal glass of the EU’s Gotham City. This whole maelstrom swirls out from Brussels’ medieval core, where the Grand Place is surely one of the world’s most beautiful squares.

“One constant is the enviable quality of everyday life, with a café/bar scene that never gets old. But Brussels doesn’t go out of its way to impress. The citizens’ humorous, deadpan outlook on life is often just as surreal as the canvases of one-time resident Magritte.” more from Lonely Planet

48°12′N 16°22′E  >  1.9M residents  >  414.65 km2  >  since 15 BCE
“With its rambling palaces, winding cobbled lanes, elegant Kaffeehäuser (coffee houses) and cosy wood-panelled Beisln (bistro pubs), Vienna is steeped in history. Yet it’s also at the cutting edge of design, architecture, contemporary art, and new directions in drinking and dining. What I love most about the city is that not only does it hold on to its traditions, it incorporates them in everything from high-fashion Dirndls with pop-art motifs or punk conical studs to handmade Sacher Torte–flavoured doughnuts and inspired neo-retro cafes. Vienna’s past is alive in its present, and, by extension, its future.” more from Lonely Planet

55°40′N 12°34′E  >  590K residents  >  86.4 km2  >  since 1000s CE
“Copenhagen is the coolest kid on the Nordic block. Edgier than Stockholm and worldlier than Oslo, the Danish capital gives Scandinavia the X factor. Just ask style bibles Monocle and Wallpaper magazines, which fawn over its industrial-chic bar, design and fashion scenes, and culinary revolution. This is where you’ll find New Nordic pioneer Noma, (once again) voted the world’s best restaurant in 2014, and one of 15 Michelin-starred restaurants in town – not bad for a city of 1.2 million.

“Yet Copenhagen is more than just seasonal cocktails and geometric threads. A royal capital with almost nine centuries under its svelte belt, it’s equally well versed when it comes to world-class museums and storybook streetscapes. Its cobbled, bike-friendly streets are a hyggelig (cosy) concoction of sherbet-hued town houses, craft studios and candlelit cafes. Add to this its compact size, and you have what is possibly Europe’s most seamless urban experience.” more from Lonely Planet

40°23′N 3°43′E  >  3.1M residents  >  604.3 km2  >  since 800s CE
“Madrid nights are the stuff of legend, and the perfect complement to the more sedate charms of fine arts and fine dining. The city may have more bars than any other city on earth – a collection of storied cocktail bars and nightclubs that combine a hint of glamour with non-stop marcha (action). But that only goes some way to explaining the appeal of after-dark Madrid. Step out into the night-time streets of many Madrid neighbourhoods and you’ll find yourself swept along on a tide of people, accompanied by a happy crowd intent on dancing until dawn.”

“More than a decade after I fell for Madrid and decided to call it home, the life that courses relentlessly through the streets here still excites me. Here is a place where the passions of Europe’s most passionate country are the fabric of daily life, a city with music in its soul and an unshakeable spring in its step. But Madrid is also one of the most open cities on earth and it doesn’t matter where you’re from for the oft-heard phrase to ring true: ‘If you’re in Madrid, you’re from Madrid’.” more from Lonely Planet 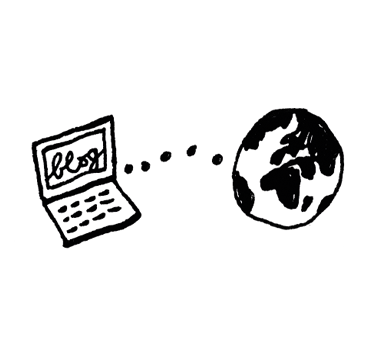 Dispatches from the Field

The 4CITIES blog is a platform for the program's students, alumni, and lecturers. Featuring projects, research, travels, photography, and editorials on the 4CITIES experience, cities, and all things urban, the blog also includes news and events and selected articles of relevance. Enjoy!

Check out the 4CITIES blog »