The complexity of cities and the interdisciplinary nature of urban studies make 4CITIES both fascinating to experience and difficult to explain. Which is why we’ve prepared this at-a-glance introduction to the what, why, where, who, how, and when of 4CITIES.

4CITIES is an immersive, two-year, interdisciplinary master program in urban studies, incorporating geography, sociology, history, cultural studies, and political science. Co-funded by the Erasmus+ Programme of the European Union since 2013, 4CITIES brings together 40 students each year from around the world and across the academic spectrum. The language of instruction is English and proof of fluency is required. Graduates receive a master of science (MSc.) degree in urban studies.

There are three separate tracks that students in 4CITIES follow: Classical, Research, and Practice. The first year is the same for all three tracks. Students in the Classical Track spend the third and fourth semesters together, following a shared curriculum in Copenhagen and Madrid. This is how 4CITIES has been organized since it began in 2008, hence “classical.” Students in the Research and Practice tracks spend their second year interning at a research institution or work-placement, respectively, and completing 25 ECTS of self-chosen coursework at either the University of Vienna or Vrije Universiteit Brussel. Students can also choose to study at one of the partner institutions with whom 4CITIES has set up Erasmus+ study exchange agreements. These tracks have been designed for students who prefer a more independent, bespoke curriculum and intend to pursue careers in research or practice. Regardless of the track pursued, all students are expected to complete a written academic thesis. 4CITIES is, however, much more than the formal description of its three tracks. Because of the exploratory nature of a program in which travel is a constant, because of the diversity of each cohort of students, and because of the intention of the program to provide an interdisciplinary education in urbanism, 4CITIES is also a crossroads where academic research, professional practice, urban exploration, and civic activism overlap and intersect.

As the world continues to urbanize and globalize, cities are becoming the predominant form of human settlement and the scale at which many of the most pressing societal issues are engaged. Although urban studies, in which the city is both object and context, is an inherently interdisciplinary field, it is too often limited by national containers. In response, 4CITIES brings a distinctly European viewpoint to issues concerning urbanity and urbanization that are simultaneously locally unique and globally networked.

Glocalization, or the ways in which global forces interact with local conditions, is a key part of the program’s multiscalar perspective, and it is seen as essential for new approaches in important fields of urban policy such as culture, economy, and planning. 4CITIES was developed to provide an immersive, experiential urban studies education that overcomes geographic and disciplinary boundaries while embracing the diversity of actors, forces, and contexts that are shaping the 21st century city.

The Classical 4CITIES track spends a semester in each of four European capital cities: Brussels, Vienna, Copenhagen, and Madrid. Along the way, several excursions to cities such as Rotterdam, Antwerp, Budapest, Malmö, or Zaragoza are organized. Students in the Research and Practice Tracks also spend their first and second semesters in Brussels and Vienna, with many then spreading out across Europe to conduct internships or work-placements and additional coursework at one of our academic partner institutions. During summers and holidays, students self-organize trips to cities throughout Europe and occasionally beyond. Between official and self-organized offerings, it is not uncommon for a student to visit 20 countries and more than 50 cities over the course of the program. 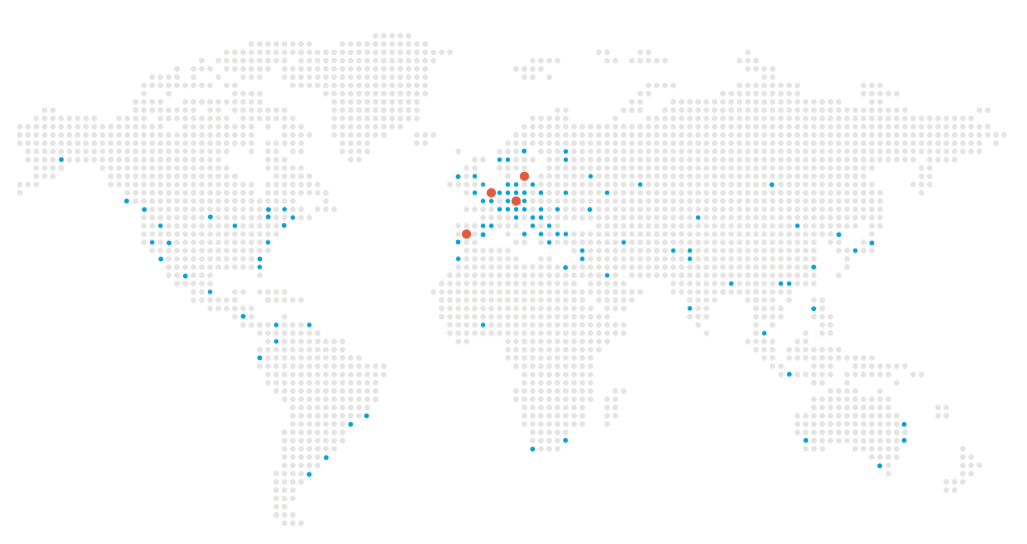 Where in the world 4Citizens come from (graphic by Yalda Pilehchian, Cohort 5)

4CITIES began in 2008 as a collaboration of six universities in four countries, with the Vrije Universiteit Brussel (VUB) in Brussels serving as the primary administrative center. At each university, the program is hosted by a different research institute or faculty, and courses are taught by an interdisciplinary team of approximately 20 professors and lecturers. Student profiles are even more diverse, with more than 40 countries and 25 academic fields represented. The shared perspective linking them all is that the city is a complex adaptive system that must be understood and experienced before it can be responsibly changed. With the addition of the Research and Practice Tracks in 2019, the mission remains the same but the list of partners expands significantly.

In a word? Challenging. While the 4CITIES teaching and administrative staff provides guidance, students are expected to be highly independent. They must find their own housing as they move from city to city, navigating a gauntlet of practical, cultural, and linguistic differences. After four months or so, just as students begin to find a routine and feel comfortable with their surroundings, it’s time to move again. While this obviously requires a high degree of independence and self-reliance, students must also be cooperative and collaborative, as much of the academic work in 4CITIES is done in groups. Spending so much time traveling and studying and socializing together can turn cohorts into extended families, with all the support and occasional conflict of traditional families. The experience can be intense, and adaptability is a prerequisite for success.

4CITIES is not a normal graduate program, and it does not offer a normal academic experience, but that is very much by design. The multifaceted complexity of cities is difficult to grasp, and so 4CITIES takes a holistic and immersive approach. Theory and practice are seen as mirrors, each critically reflecting the other. The city is engaged as an evolving narrative, more dialogic than linear, and students learn to see “The City” as manifold and emergent, to hear it, to participate in it, and to understand it, all while experimenting with their role in shaping it. Life and scholarship in 4CITIES are not always easy, but for those who embrace its unique approach the program can be immensely rewarding, inspiring, and transformative.

The program begins in Brussels in mid-September and remains there until the end of January. After a one-month break, the Vienna semester runs from late February until early July. The third semester for the Classical Track, in Copenhagen, starts in late August and ends in mid-December. The final semester, in Madrid, begins in late January or early February and wraps up at the end of April. The setup in the second year differs for students in the Research and Practice Tracks, but the timeline remains roughly analogous. Written theses are submitted after the fourth semester, with thesis defenses expected to take place in early July in Vienna and the graduation ceremony in Brussels in late September. See Approach & Structure for more information. 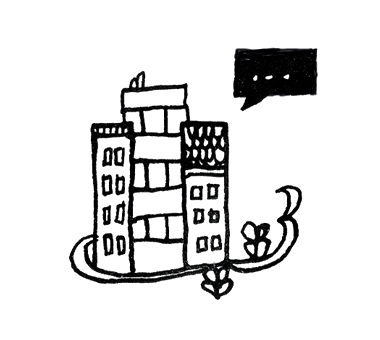 How to Study Cities

4CITIES bridges disciplinary limitations by combining sociology, geography, history, cultural studies, and humanistic urban studies while providing students with an array of means and methods for analysing and understanding the specific character of cities. Academic courses are supplemented with fieldwork and excursions, reframing The City as a dynamic, immersive learning laboratory.

The 4CITIES approach to urban studies »