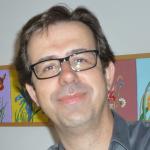 Urban tourism: Since the Grand Tour in the eighteenth and nineteenth century tourism has been an innate activity in cities, mainly in those which has an important cultural heritage and has been traditionally considered as ‘historic cities’. However, it has not been until the last decades when tourism has acquired an important presence in the political, economic, social, cultural and special urban life. Due to this new public presence of tourism, deeper researches are need in the relationships between urban dynamics and tourism sector in many different aspects, as for instance: a) tourism as an urban economic sector; b) cultural and monumental heritage and tourism; c) tourists and the use of public space; d) social and cultural implications of tourism.

Urban cultural sustainability: Although the cultural dimension has been traditionally accepted as one of the main pillar of sustainability, environmental and physical viewpoints have traditionally dominated this scientific approach to cities. Due to this predominance of these aspects, deeper researches are needed in relation with a huge array of concepts and processes directly related with the role of culture in the processes of urban sustainable development, such as heritage, cultural capital, identity and sense, how to measure sustainability and so on.

Cultural industries and urban city centres: In the last decades culture has begun to be considered as an important economic sector. Form an urban point of view, this change has entailed that apart from been promoted as a social right through equipments and facilities, culture is considered a strategic sector for the regeneration of the urban city centres. Among other important issues, it is crucial to understand a) how these cultural actors and micro-companies cluster to develop a chain of value; and b) how some characteristic cultural urban activities such as theatre, music, cinema and so on could improve the cities centres for an geographical, social and economic point of view.

City image and urban marketing: Among many other aspects, the globalisation and liberalization of the economy has meant that cities have become important actors in the global economic competition. For this reasons, cities are using the traditional process of marketing to promote or ‘sell’ themselves in a global market, to attract investors, companies, visitors, events and so on. This process involves reflecting and research about a) the traditional image conveyed by a city and b) how it has been use/modify/change for the new economic purpose; as well as c) the means used to convey new images and d) their social, cultural and geographical effects. 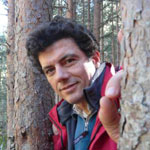 Keywords: how to foster innovation in territories, organizations and persons; the compact versus the dispersed city; sustainable transportation

Best practices for the promotion of bicycles in cities: Firstly, it should be studied which are the best practices capable of promoting bicycles in cities.  It should be done by critically analysing the literature. Secondly, the best ones should be applied to at least two European cities. It should analyse whether they want to adopt them and, if not, why not. It would include interviewing stakeholders and to try to do an online survey of the members of cycling associations in the case studies. It may also include the design of some examples of how best practices could be applied to at least one of the cities or to part of them.

Sustainability and spatial changes in cities : Through various geographic technologies (mainly GIS and Remote Sensing) it is possible to study some parameters of sustainability of cities and, above all, understand and quantify the changes that have occurred in urban development. These techniques intended mainly to provide a global and comparative vision, in fields like: the evolution of green areas, heat islands, some changes in atmospheric constituents (such as ozone), etc. In any case, maps and satellite imagery are always efficient ways to represent urban trends. 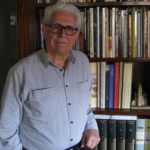 Rethinking the ‘sprawl’ by means of the urban sustainable and multifunctional perspective. The role played by the ‘new urbanism’ and other good practices coming from international experiences and institutions: The state of the art of the approaches to urban sprawl and the position of planners, actors and neighbours involved. How ‘new urbanism’ analysts and practitioners are engaged in building liveable communities instead of sprawl of typical suburban single family houses settlements? What is the point of view of the international agencies dealing with the promotion of a more sustainable and  liveable city when approaching the automobile-centred model of metropolitan growth? Which kind of good practices have been proposed to reverse this model? After that the ground should be prepared to select the cases studies devoted to find out in which direction the sprawl problem has been addressed. Discussion of the results, conclusions and proposals.

The challenge of the urban regeneration of inner consolidated areas and the practice of the governance as the best way to get a more egalitarian and participatory city: The state of the art of urban regeneration considered today as the core of city planning having in mind that urban governance focuses its attention to the needs preferentially of the excluded urban population and promotes their involvement  in decision-making at all levels. Going down to the local level, attention must be paid to which mechanisms are in place to determine the people’s needs  and to allow citizen participation in planning and implementation of plans, programs and projects.  After that, in the selection of the cases studies the central question should be the processes followed when an urban neighbourhood or area has been improved of rehabilitated, the actors involved, the used planning tools in which aspects and with which outcomes. A critical analyse must follow with conclusions and alternative proposals.

The problem of the spontaneous marginal settlements in the urban peripheries, mostly in the Third World countries. From the processes of their formation to the policies for their upgrading or removal: The state of the art at international, national and local level depending of the country, area or city selected. The political, economic and social background of the settlements selected as case studies. How the land and property structure has influenced the process of the settlements formation and the incoming population the generation of a new community. The resulting deprived area (slum or similar) in many aspects of city life (housing, services, transport, infrastructures etc.). The struggle for the improvement of the settler’s everyday life conditions. Is there any public policy (local, national or international) looking for a solution? With which results? Concluding critical remarks  and alternative proposals.