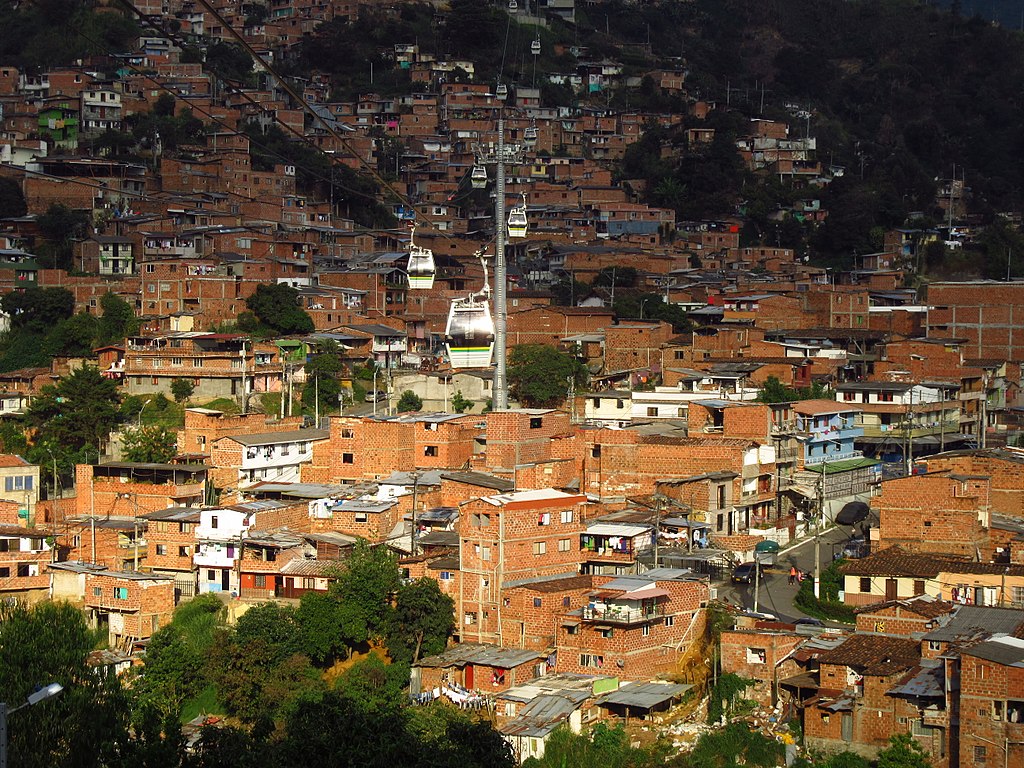 If you’re not familiar with 99% Invisible, you should be. One of the world’s most successful podcasts with over 250 million downloads, funded entirely by listeners, “99% Invisible is about all the thought that goes into the things we don’t think about — the unnoticed architecture and design that shape our world.” Architecture, infrastructure, and cities are frequent topics of podcast episodes and articles, and an interested urbanist can lose more than a weekend to the treasure trove available on their website. We invite you to start out with this article on the reinvention of Medellin after the Pablo Escobar years, and the key role played by urban planning.

In the 1980s, Pablo Escobar, the notorious  drug lord, had effectively declared war on the Colombian state. At one point, his cartel was supplying 80% of the world’s cocaine and the violence surrounding the drug trade had become extreme. The bloodshed was focused in the city of Medellin.

As the years went on, Medellin became the most dangerous city in the world. In 1991 alone, around 6,000 people were killed. The murder rate was almost 400 people per 100,000 residents, which is three or four times more than the world’s most violent cities in recent history.

But today, Medellin is very different. In just thirty years, it’s transformed from being the bloody cocaine capital of the world into a place that’s often described as a “model city.” It’s now safer than many cities in the U.S, and, to the surprise of many, one of the things that helped to pull the city out of the violence was a whole new approach to urban planning, including a major overhaul of the city’s public transportation system.

Medellin sits in a valley surrounded by steep green mountains. In the city’s early days, the mountains were undeveloped. Then, during the first half of the 20th century, the city rapidly industrialized. More and more people came to Medellin for manufacturing and textile jobs. Many began building homes and communities up the sides of the mountains. These informal settlements became known as “comunas.”

The comunas were seen as separate from the rest of the central city below, both because of their geographical distance from downtown but also because they were neglected by the city government. They didn’t receive the same services as other neighborhoods, including public transit. It could take more than an hour to get from the farthest comunas to the city center. But as the manufacturing economy boomed and as city officials looked the other way, the comunas just kept growing. Over time, the hills above city became crowded with houses stacked on top of each other like colorful boxes.

By the 1980s, though, many of Colombia’s manufacturing jobs were moving overseas. And as manufacturing tanked, the drug trade skyrocketed. The Medellin cartel began recruiting young people from the comunas. Many of them felt disconnected from the wider city and didn’t have a lot of other options for jobs. Locals started seeing neighbors who went to work for the narcos driving nice cars and wearing fancy clothes. Keep reading at 99percentinvisible.org