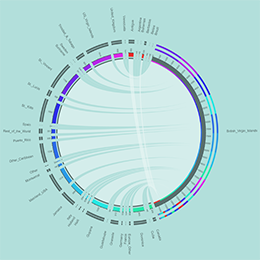 Two graduates of 4CITIES Cohort 07 took an innovative approach to research and communication by following the money. “Offshore Havens like the British Virgin Islands, Cayman Islands, Isle of Man, Mauritius and Bermuda, just to name a few, have become a daily presence in the news revolving not only around tax frauds and illegal businesses but more importantly the standard way companies are doing business today. They are not just exotic touristic destinations but important nodes in contemporary financial transactions. But for most of us, they are virtual financial nodes, detached from their physical and social environment about which we don’t get to find out as much.

“The Offshore H(e)aven project, created [by Razvan Zamfira] in collaboration with Matevz Straus in 2015, seeks to explore the hidden nature of one offshore haven, the British Virgin Islands. In this small study, we seek connections and discrepancies between its island demography and its role as a financial tax haven. To do so, we compiled and compared local census data with the now popular data set of leaked offshore companies provided by the International Consortium of Investigative Journalism. The project was also an experiment in communicating research findings by using social media, and as a result, the final research was presented through a series of 34 tweets posted on @BviExplained”