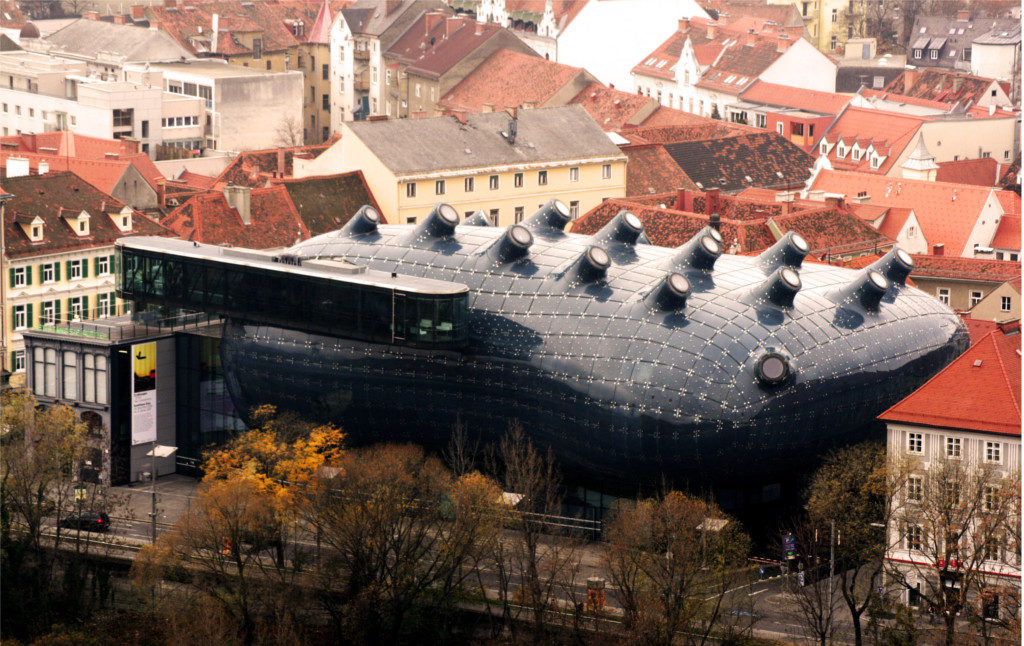 A long recent article in Current Affairs by Brianna Rennix and Nathan J. Robinson titled, “Why you hate contemporary architecture” (and subtitled, “And if don’t, why you should”) , uses both aesthetic and urbanistic grounds to eviscerate the architectural approaches that have been dominant since the modernist “break” from history a century ago. But does contemporary architecture display a “willfull disdain for democracy,” as the authors claim? Has postwar architecture really “been characterized by fear and taboo”? Does its integration into older cityscapes disrupt the entire urban fabric, fostering the most alienating and repressive aspects of urbanism? And if contemporary architecture truly has gone so wrong, how can it be repaired?

The British author Douglas Adams had this to say about airports: “Airports are ugly. Some are very ugly. Some attain a degree of ugliness that can only be the result of special effort.” Sadly, this truth is not applicable merely to airports: it can also be said of most contemporary architecture.

Take the Tour Montparnasse, a black, slickly glass-panelled skyscraper, looming over the beautiful Paris cityscape like a giant domino waiting to fall. Parisians hated it so much that the city was subsequently forced to enact an ordinance forbidding any further skyscrapers higher than 36 meters.

Or take Boston’s City Hall Plaza. Downtown Boston is generally an attractive place, with old buildings and a waterfront and a beautiful public garden. But Boston’s City Hall is a hideous concrete edifice of mind-bogglingly inscrutable shape, like an ominous component found left over after you’ve painstakingly assembled a complicated household appliance. In the 1960s, before the first batch of concrete had even dried in the mold, people were already begging preemptively for the damn thing to be torn down. There’s a whole additional complex of equally unpleasant federal buildings attached to the same plaza, designed by Walter Gropius, an architect whose chuckle-inducing surname belies the utter cheerlessness of his designs. The John F. Kennedy Building, for example—featurelessly grim on the outside, infuriatingly unnavigable on the inside—is where, among other things, terrified immigrants attend their deportation hearings, and where traumatized veterans come to apply for benefits. Such an inhospitable building sends a very clear message, which is: the government wants its lowly supplicants to feel confused, alienated, and afraid. The Tour Montparnasse. Who can possibly defend this? And if there’s something clearly wrong with it, which there is, what is it and why don’t we talk about it more in other cases?

The fact is, contemporary architecture gives most regular humans the heebie-jeebies. Try telling that to architects and their acolytes, though, and you’ll get an earful about why your feeling is misguided, the product of some embarrassing misconception about architectural principles. One defense, typically, is that these eyesores are, in reality, incredible feats of engineering. After all, “blobitecture”—which, we regret to say, is a real school of contemporary architecture—is created using complicated computer-driven algorithms! You may think the ensuing blob-structure looks like a tentacled turd, or a crumpled kleenex, but that’s because you don’t have an architect’s trained eye.

Another thing you will often hear from design-school types is that contemporary architecture is honest. It doesn’t rely on the forms and usages of the past, and it is not interested in coddling you and your dumb feelings. Wake up, sheeple! Your boss hates you, and your bloodsucking landlord too, and your government fully intends to grind you between its gears. That’s the world we live in! Get used to it! Fans of Brutalism—the blocky-industrial-concrete school of architecture—are quick to emphasize that these buildings tell it like it is, as if this somehow excused the fact that they look, at best, dreary, and, at worst, like the headquarters of some kind of post-apocalyptic totalitarian dictatorship. The New York Times says this is is the building that showed Brutalism could be “playful.” This may be true, but only in the sense that the cat tormenting a mouse, or the torturer doing “eeny-meeny” to determine which testicle to zap first, is being “playful.”

Let’s be really honest with ourselves: a brief glance at any structure designed in the last 50 years should be enough to persuade anyone that something has gone deeply, terribly wrong with us. Some unseen person or force seems committed to replacing literally every attractive and appealing thing with an ugly and unpleasant thing. The architecture produced by contemporary global capitalism is possibly the most obvious visible evidence that it has some kind of perverse effect on the human soul. Of course, there is no accounting for taste, and there may be some among us who are naturally are deeply disposed to appreciate blobs and blocks. But polling suggests that devotees of contemporary architecture are overwhelmingly in the minority: aside from monuments, few of the public’s favorite structures are from the postwar period. (When the results of the poll were released, architects harrumphed that it didn’t “reflect expert judgment” but merely people’s “emotions,” a distinction that rather proves the entire point.) And when it comes to architecture, as distinct from most other forms of art, it isn’t enough to simply shrug and say that personal preferences differ: where public buildings are concerned, or public spaces which have an existing character and historic resonances for the people who live there, to impose an architect’s eccentric will on the masses, and force them to spend their days in spaces they find ugly and unsettling, is actually oppressive and cruel.

The politics of this issue, moreover, are all upside-down. For example, how do we explain why, in the aftermath of the Grenfell Tower tragedy in London, more conservative commentators were calling for more comfortable and home-like public housing, while left-wing writers staunchly defended the populist spirit of the high-rise apartment building, despite ample evidence that the majority of people would prefer not to be forced to live in or among such places? Conservatives who critique public housing may have easily-proven ulterior motives, but why so many on the left are wedded to defending unpopular schools of architectural and urban design is less immediately obvious. Keep reading at currentaffairs.org