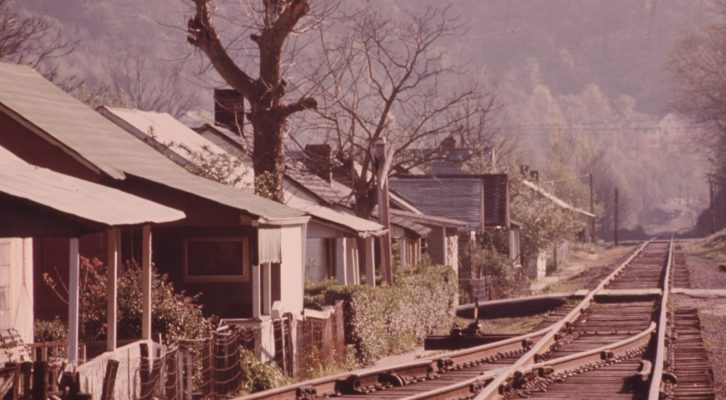 The following is an excerpt from the article “Company Towns are Back!” by Matevz Straus & Razvan Zamfira (both Cohort 07). Check out the full piece at scenariomagazine.com

In the 19th and early 20th century, when industrialisation was proceeding at full force in Western countries, many big industrialists looked for new ways to tap into the unexploited human potential that was being wasted in the diseased, polluted and miserable cities of Europe and North America. To do so, they established ‘company towns’, socially-engineered cities owned and managed by the companies themselves, where the working class was offered basic standardised housing, healthcare, education and amenities such as grocery shops, hairdressers and clothing stores outside the smog and grime of industrialised urban areas.

The amenities on offer, nowadays often taken for granted in the Western world, were a luxury for the working class in the 19th and early-20th Century. In Friedrich Engels’ The Condition of the Working Class in England, written in 1845, the famous Marxist philosopher describes illustratively the misery of industrial workers, not only in Manchester (one of the world’s leading industrial centres at that time, ed.) but across Western Europe. Engels depicts in detail the cities’ alarming sanitary conditions, bad state of dwellings, lack of education, ill-kept streets, low morality, crime, intoxication, prostitution, and omnipresent poverty and illness:

“So short-sighted, so stupidly narrow-minded is the English bourgeoisie in its egotism, that it does not even take the trouble to impress upon the workers the morality of the day, which the bourgeoisie has patched together in its own interest for its own protection!” Engels writes of the absence of empathy and care for the lower classes.

In comparison to Engels’ grim description, company towns provided something very different. Often associated with utopian idealism, big industrialists thought of the towns as a way to reduce the negative consequences of industrialisation and ensure uninterrupted production in their factories.

The Czech shoe company Bata is a good example of how industrial companies did this. In the 1930s, long before Communism entered the Czech Republic, Bata went on a mission to “shoe the world”. To do so, it built 55 company towns around the world, all structured around “The Bata System”. It was a centralised vertical system of control aimed at the entire production cycle – from the processing of raw materials to selling the finished product, covering not only the production of shoes, but also social welfare, architecture, urban planning and social behaviour. Bata became synonymous with a way of standardised life. Bata towns had shops selling Bata shoes, grocery stores selling products from Bata farms, and Bata sponsored cinemas and theatres where workers could enjoy a film or a play during their evenings and weekends. The towns had sport facilities for workers, and even schools for children to study in and be formed as young Bata men and women. By supplying the local recruited workers all their needs, the company attempted to foster a high degree of fidelity among its employees. By also controlling all the production facilities, Bata, and other companies that followed a similar model, had a bright future ahead of them.

Despite their initial success, however, company towns did not last long. The first wave of troubles for the company towns of Western Europe and North America already emerged at the end of the 19th Century with the crisis in industrial relations – company towns not only took care of all aspects of workers’ life, but often also meant a ban on unionisation, as well as the company’s full control over workers’ personal expenditures. Company towns were a standardised golden cage. Go to scenariomagazine.com to keep reading.